Alice Wong is a Story Designer based in Eindhoven and teaches at Design Academy Eindhoven in the department of MA Information Design as a Specialist Tutor.

She translates research findings into a multi-perspective story. She aims to increase awareness of truths and to render complex information more comprehensible and shareable.

Her research question is rooted in understanding how our perception of reality is shaped by media. Her principal topic of interest lies in the intersection of biographical documentary, media and social phenomena. 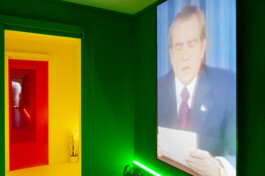 A Charged Dream is a serious, yet playful exploration of the history of the lithium battery, which might be more popular than ever, since the rise of the smartphone. These four videos show the other ways these batteries are charged: not only with electricity but also with ideologies. The videos are bookended by excerpts from a speech by President Richard Nixon. He speaks about the oil crisis in the 1970s and the need for America to develop its own sustainable energy source.

The videos keep increasing in intensity, mimicking a battery that gets drained during the long and heavy performance. How sustainable is sustainable actually? The second video dives into a colourful, yet aggressive montage of the late 1980s and early 2000s commercials for lithium batteries: each type of battery seems to be replaced almost immediately by a better, more powerful, longer-lasting new one. Nixon’s practical aim has become a capitalist dream product, based on research from Nobel Prize-winning, both American and Japanese scientists, giving the search for a new energy source an international scope.

The third video slows down to the flow of a sales pitch. It zooms in on entrepreneur Elon Musk who talks about the possibilities of electric cars, ‘fuelled’ by sunlight. Lithium is as abundant as the shining sun, he seems to believe, which sounds environmentally aware, but on second sight it seems to be a justification to consume even more.

The fourth video combines the voices of scientists talking about the central role of batteries in modern society, with images of space travel, combined with a few of President Donald Trump’s nationalistic eruptions. Then the video cuts to Musk talking in front of an audience. Someone hails him as a kind of saviour, but is this unseen man being genuine or sarcastic?

This sentiment is echoed in the images of the rocket: is it a metaphor for endless new possibilities or ways to escape destructive routines? What once were luxuries, Nixon states, at the end of the last video, have become necessities. 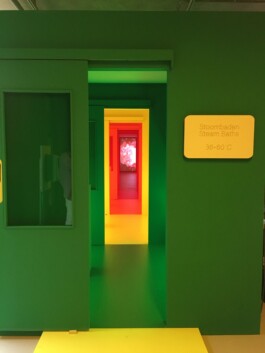 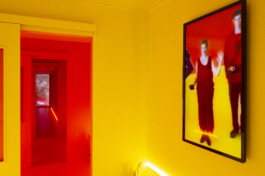 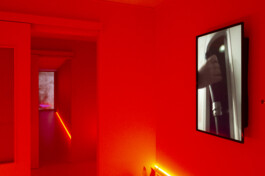 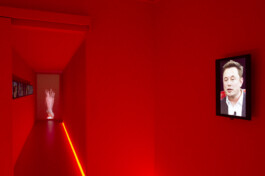 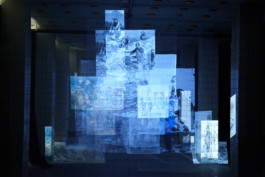 The video US & THEM opens with the voice of an Asian-American stand-up comedian who self-mockingly makes a distinction between Asian and ‘regular’. Stereotypes are a powerful starting point for understanding the world around you, but at one point, you’ve got to move on to a more nuanced, critical view. For US & THEM Alice Wong and Aryan Javaherian have remixed their research on Asian stereotypes. Their montage brings together a host of both visual and auditory sources: from historical photographs to pop culture such as The Simpsons. Along the way, the Western mainstream idea of ‘the Asian’ gets deconstructed – revealing the image of ‘them’ only exists in our imagination. The video is projected on gauze, making the images look like they’re barely real, and is presented as loop with no distinct beginning or end, continually offering new entry points for viewers who walk in and out the exhibition room.

Exhibited at Area 51 during Dutch Design Week 2019. First edition was called 'The Imagination of Human', collaborated with Kobi Vogman at 'The East' curated by Tal Erez and Anat Safran at Hansen House during Jerusalem Design Week 2019. 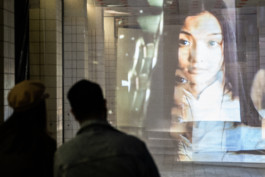 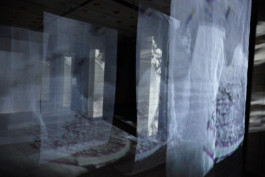 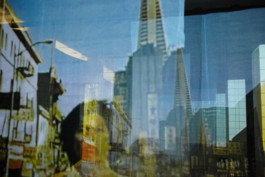 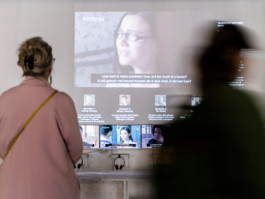 To understand how the family and love lives of a stereotypical ‘Leftover Woman’ is like, by examining and recomposing one of the most popular Chinese TV dramas ‘Da Nu Dang Jia’ (2010) (Literally translated: A girl of age ought to married). 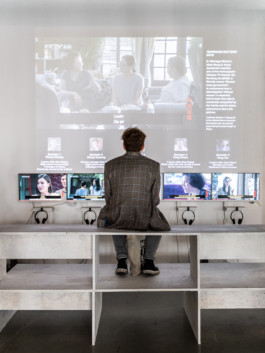 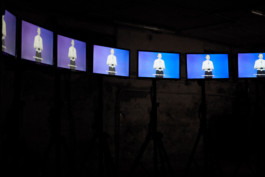 To explore how trust is positioned within a society, by looking at how Jack Ma, the founder of Alibaba, transforms his ideals to a multi-billion company and how Alibaba commercialises Single's Day to the largest shopping holiday.

This is a 2-month investigative design project which was selected to be exhibited together with 8 other selected Design Academy Eindhoven alumni at Geo-Design, Alibaba: From here to your home, curated by Joseph Grima and Martina Muzi, took place at van Abbemuseum in Eindhoven from 13 October to 11 November 2018 and during Salone del Mobile 2019. 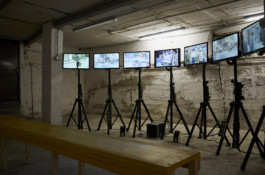 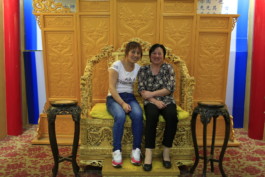 With over 20 years of weaving experience, they wanted to weave a wedding gown for their own daughters whom are married earlier in the year, but their idea dropped, as they lack money and graphic design skills. thonik was invited by UNESCO to Nanjing to undertake an artistic residency, with the supports of Stimuleringfonds & Nanjing local government, the dutch designers decided to collaborate with Qiao Yun & Xiao Fang, which enable them to create a wedding gown for her daughter. 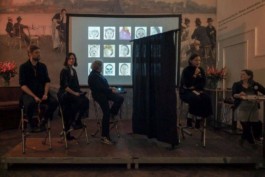 Alice Wong was role playing a Contemporary Jewelry Artist and a Digital Jewelry Artist at this on-stage matchmaking challenge, 'Design Date 2.0', through 2 rounds, hosted by Matylda Krzykowski to the discussion to questioning what value, personal and uniqueness mean within the two contexts, but also what the implications as these two contexts blend together. The physicality of precious metals is confronted by the facility of the touch screen, all the while ideas like sentimentality and desire remain as virtual as our profiles.

Design Date is a format that combines the exchange of knowledge with a bit of humour. seduction and awkwardness. In short: Entertainment. Inspired by the British TV programme, 'Blind Date', the anonymity of personalities is used to highlight the merits of personal design opinions and convictions.

Took place on 11 November 2017 at 'Joy of Collecting' hosted by Current Obsession at Tolhuis, Amsterdam.

Based on Alice Wong's personal story to demonstrate how storytellings shape our minds and our perceptions of reality. 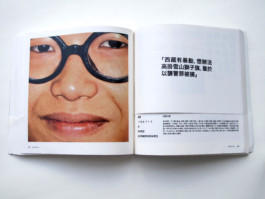 To find out the truth behind the indication of the Happiness Index and to reveal the current societal issues that they were facing in Hong Kong, by interviewing the ‘Post-80’s’ 10 open questions regarding happiness.

In 2020, this group of interviewees will be interviewed again with the same sets of question, to compare and contrast the changes in the last decade.

According to the Happiness Index in 2010, Hong Kong people who were born after 1980 are getting harder to be happy in their own way, their general happiness index is 4.14, which is below the average as shown in a scientific research, 40% of Hong Kong people among this age group are feeling anxious. The label ‘Post-80’s’ does not represent anything good at all. The term ‘Post-80’s’ originated from the mainland China and was used to describe immature kids, now young adults, who were raised under the one-child policy and overly protected by their parents. They are generally known to be selfish and ignorant of current affairs.

'Happiness' is her graduation project when she studied Graphic Design at Caritas Bianchi College of Careers in Hong Kong. In 2010, she won Gold Award in Graphic Design at school and awarded Design Student of The Year 2010 by Hong Kong Designers Association.

Exhibited at Hong Kong Museum of History, The One and Central Oasis in 2011. 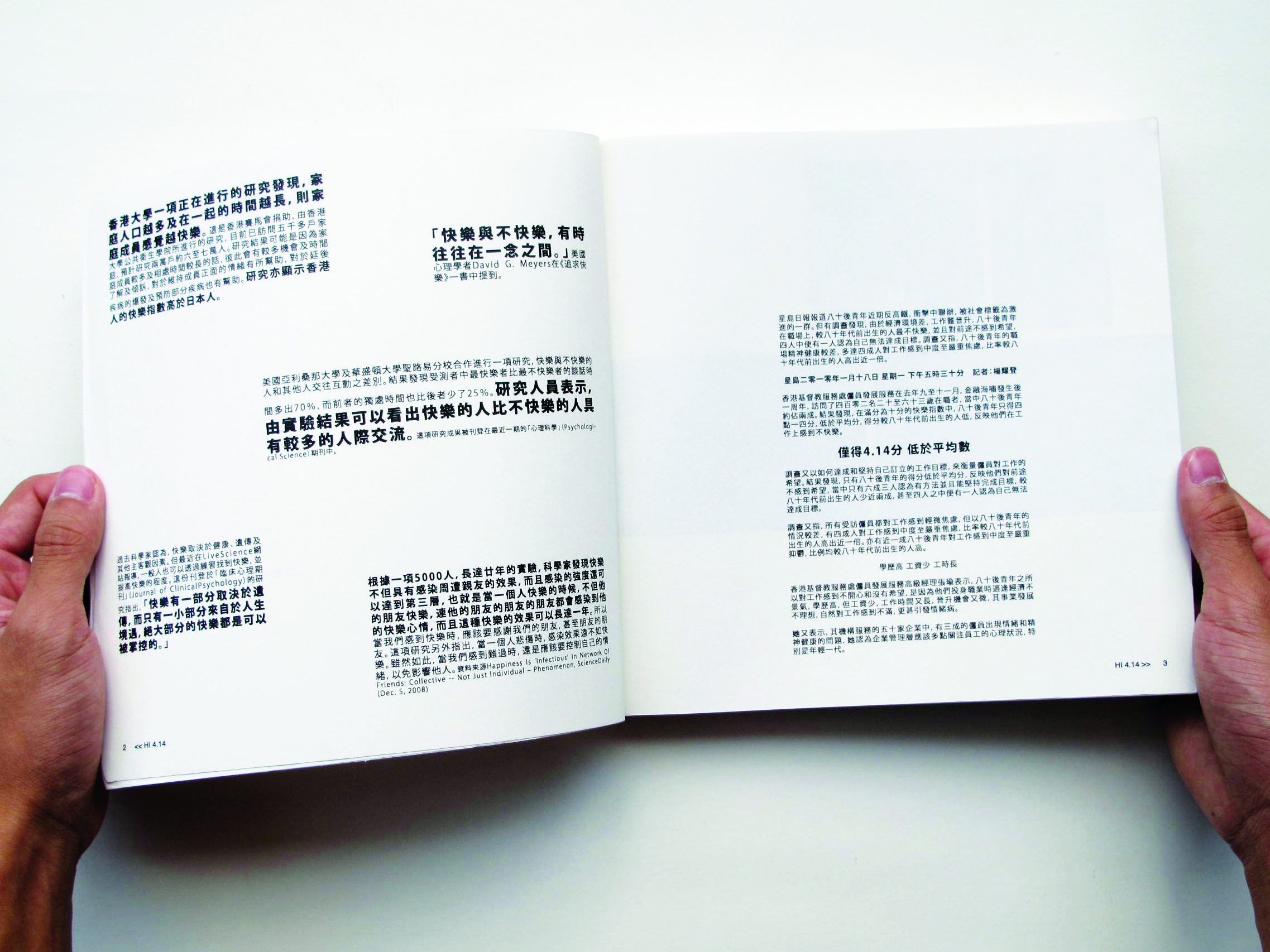